With the Camtasia Program having very limited features, it may be hard to use something like motion tracking. That is alright though, as we have a solution for you! This is how you can add motion tracking to your video in Camtasia.

1. First, go into Camtasia and select the video which has the image you want to motion track inside of it.

2. Now, once you’ve got the video open, add the object you want to use for the motion tracking, in this case I have a moving Rubik’s Cube.

3. Now choose the object you would like to cover it with. I will use a blur effect over the Rubik’s Cubes.

4. Now, use the animation and select custom animation. Then, put it on the object you are going to use and add an animation to it. Make sure you made it so that the arrow fills out the entire bar of the blur. 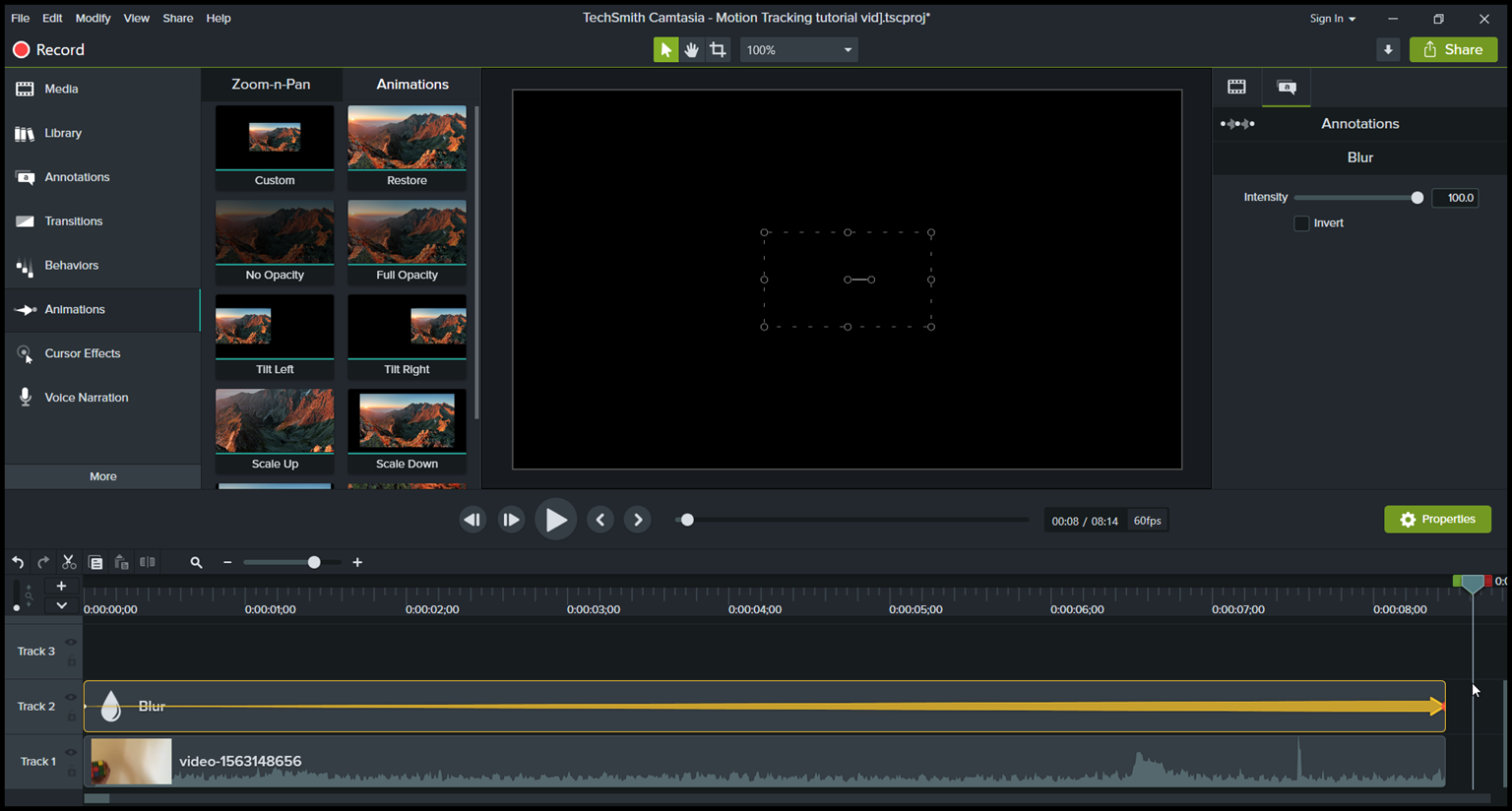 5. Now, go throughout the video and adjust the blur. For my Rubik’s Cube, as the cube moves, I must move the blur so that it covers the cube just like so. You can turn it and even adjust its size, as long as you go slowly throughout the video, adjust the blur as you go forward slowly in the timeline, and cover it at all times, the outcome will be worth it. Just like the example shown below.

6. Once that’s done, review the video and check for mistakes. Once you find them, fix the mistakes and watch it again. Once you’re finished, you’re done!

I hope all of you have enjoyed this quick tutorial, anyways I’ll be seeing you all in the next one.